Kick at your peril...

On the day he took office, Jan. 14, State Representative Douglas Bruce, a Republican delivered a swift kick to the knee of a photographer for The Rocky Mountain News who was snapping his picture during a ceremonial prayer. Bad Idea.
Posted by Indefensible at 11:37 PM No comments:

And yes, this is the sort of thing they do all the time.
Posted by Indefensible at 12:51 AM 2 comments:

Secret Service Agents Accuse One Another in Cheney Case
Posted by Indefensible at 9:21 AM 1 comment:

John Farmer, has written an interesting Op-Ed arguing for special terrorism courts. What is striking about his argument though is his candid recognition of how deeply terrorism cases have subverted the rule of law and undermined some bedrock principles of our justice system. It's worth a read.
Posted by Indefensible at 6:39 PM 1 comment:

David Feige: Nifong, Gitmo and the Topless Undercover: The Top 10 Criminal Justice Stories of 2007
Posted by Indefensible at 11:47 PM No comments:

Nifong, Gitmo and the Topless Undercover: The Top 10 Criminal Justice Stories of 2007

If there is one truism about America it is this: we are obsessed with crime and punishment. Every lurid tragedy produces calls for tougher laws and harsher punishments and these days, when calamity strikes, someone goes to prison (except for #9 below). 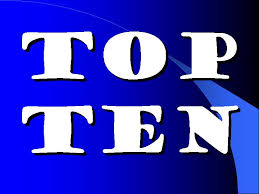 And so, herewith, 2007’s top 10 criminal justice stories -- replete with bizarre prosecutions, absurd punishments and the continuing evisceration of the constitutional protections that once made us a free society.

10. It’s A Dog Eat Dog World: Michael Vick and the Hypocrisy of Carnivores

As every animal lover in the free world knows, Michael Vick, the talented quarterback of the Atlanta Falcons went to Federal Prison for almost two years for running a dog fighting operation in which he killed some dogs. Sure Vick’s conduct was gross, but most of his critics wear leather belts, and some had a steak for dinner last night (or at least a piece of non-free range chicken). The simple truth is that cruelty to animals, while disgusting, isn’t worth incarcerating a human being for. Vick will have lost his career, more than $25 million dollars, and he’ll cost taxpayers money. While in prison, he’ll eat terrible meat purchased on the cheap from industrial farms in which millions of animals are kept in torturous conditions before being slaughtered in some of the most disgusting ways imaginable — their fate far worse than that of Vick's dogs. Of course as part of his plea agreement, Vick had to agree to pay the costs of killing the dogs he went to prison for planning to kill.

When a jury rejected Scooter Libby’s “I was too busy to actually lie” defense and convicted him of obstruction of justice and perjury, they also made him the highest ranking white house official to be convicted of a felony since the last mangy band of republicans tried to trade arms for hostages in what we now fondly remember as the Iran-Contra scandal. The Libby trial’s genesis was in a high level scheme to blow the cover of a covert CIA operative for political payback, and his prosecution did genuine violence to the traditional (though not legal) deference prosecutors have afforded journalists. The sentence for Libby’s lies: just a few more months than Vick got for dog fighting. The big difference though is that while Michael Vick is currently incarcerated, Scooter Libby had his sentence commuted by President Bush. Odds are that exactly one year from today, the president will issue a full pardon. One of the things that makes a great leader is standing by your hatchet men, particularly when they lie to protect you.

8. You Talk, We Listen: Conservatives Tap Your Phones.

Despite the posturing of conservatives who constantly claim to want government off our backs and out of our lives, this year brought unprecedented revelations of wildly intrusive warrantless surveillance of not just terrorists, but of many ordinary Americans. To detect narcotics trafficking, the the government has been collecting the phone records of thousands of Americans and others inside the United States who call people in Latin America. As it turns out, the secret surveillance undertaken by the Bush administration isn’t limited, it isn’t rare, and it isn’t confined to terrorism investigations. Instead, the current white house has done more to erode the warrant requirement than any administration since the right to be free from unreasonable search and seizure went into effect in December of 1791.

Another long-running debate in American politics is over “Federalism” or states rights, with conservatives traditionally advocating a small central government and a robust respect for the individual preferences of the states. And while a number of social issues over the past decade (civil unions for homosexual couples, abortion etc) have suggested that conservatives only invoke federalism when they think it helps them, the Pot Dispensary Cases of 2007 have truly put the lie to this traditional republican trope. Despite the clear will of the people of several states, the Bush administration has been waging an all out war against medical marijuana laws across the country. Nowhere is this war being more aggressively fought, than in California where federal prosecutors use indictment and intimidation in an attempt to pressure licensed pot dispensaries into oblivion. Their most recent tactic? going after landlords. Yes indeed, despite a decisive vote in a ballot initiative, many California landlords who have rented to legal pot dispensaries, have received a letter from a federal agency telling them they could lose their property or face up to 20 years in prison.

"Federal law allows for the seizure of assets, including real property, which have been used in conjunction with the distribution of controlled substances," The letter also contends federal laws "take precedence" over state laws, such as Proposition 215 and SB 420, which allow for medical marijuana use. So much for federalism.

The great writ may not be dead just yet, but unless the Supreme Court intervenes again, it will remain in the constitutional ICU with a pretty pronounced death rattle. The pathetic nature of Combat Status Review Tribunals (CSRT’s) in which a supposed enemy combatant can’t see the evidence against him, gets a non-lawyer representative that works for the government rather than him, is tried by a government that can reject not-guilty verdicts, in a system in which being found not-guilty doesn’t insure one’s release. This, the administration agues constitutes a greater level of legal protection than that enjoyed by any POW’s in history. Now that is a whopper about as big as the Adminstration’s false claims about who they actually have in Gitmo.

How much is there to say about a prosecutor who hounds a bunch of innocent kids? Not much more than this: Had they been black, had they been poor, had they been public defender clients, rather than rich, white, well-connected university students, the Duke boys would be serving long sentences right now and Mike Nifong would still be the DA of Durham. No doubt about it. Duke wasn’t an isolated incident, it was merely the perfect storm necessary to expose the rot at the core of the justice system.

On the good side of the ledger, 2007 brought us the faintest movement toward a saner drug policy. Not only was the appallingly racist powder/crack cocaine disparity rolled back, the US Sentencing Commission made that rollback retroactive. Finally thousands of people serving absurdly long sentences will have a chance to have those sentences modified. Fear not though, a bunch of republican zealots (one of whom is from Texas) have already introduced a bill to overturn the crack retroactivity decision

3. Go Get ‘Em: The Justice Department Becomes the Attack Dog of the Administration

Among the most depressing criminal justice scandals of 2007 has to have been the firing of a bunch of right wing United States Attorneys for not being right wing enough. Basically, anyone who smacked of fairness or a willingness to follow the laws rather than the particular political agenda of Karl Rove, was drummed out of the Department of Justice, essentially leaving a bunch of attack dogs willing to use the frightening power of the federal government to arrest, indict and destroy it’s political opponents, while seeking to spare those like Duke Cunningham who were already under investigation for corruption.

2. Sentence first! Then trial: The Conviction of Jose Padilla

The Padilla case, as well as anything this year exposes just how profoundly we’ve abandoned the procedural protections we, as citizens once took for granted. Here’s the basic story: We arrest a citizen, detain him as a material witness, declare him an enemy combatant, hold him in isolation in a military brig and torture him until he’s basically insane, we refuse to allow him to have a lawyer until a court orders us to do so. Unfortunately, once a lawyer is involved we then decide we have no evidence on which to try him for the things we held him as a material witness for or even the reasons we declared him an enemy combatant. What to do? Label him a terrorst involved in some vague plot, charge him with the most sweeping laws on the books, and then expand the interpretation of those laws to include some provable behavior, pick a conservative jurisdiction in which to hold the trial and then play for the jury lots of tapes of Osama Bin Laden. Result: The worst federal criminal conviction of the year.

2007 also seems to mark yet another year that America couldn’t get sex off its collective mind. There’s not much left that we can do to torture sex offenders, what with hundred year sentences, GPS devices, and laws that are so restrictive about where they can live that some states are effectively off limits. So the persecution of our sex predators, long a favored target of cops, crusaders, and TV shows, has given way to the arrest and conviction of young lovers like Gernarlow Wilson the Georgia teenager sentenced to 10 Years for having oral sex. (Yep you read that right, 10 years even though he was 17 and she was 15 and it was utterly consensual).

2007 also brought us wonderful stories of undercover sex stings: this year our sex patrols snared gay senator Larry Craig, the toe-tapping senator driven so underground by his sexuality that he resorted to looking for forbidden sex in airport stalls. (The question of why we’re spending our crime fighting dollars to pay an undercover to squat in a shitter and tap his feet when we could, employ a bathroom attendant who would cost less and keep the place clean to boot somehow doesn’t seem to arise). And, of course, (for the grand prize—the most appalling deployment of our crime fighting men and women) 2007 marked the year we managed to arrest a firefighter named Robin Garrison, an arch criminal so evil that only 2007 could have found a way to bring him to justice.

And what did poor Mr. Garrison do? He chatted up the famous hot topless undercover of Columbus Ohio. Yes, it turns out that Columbus dispatched a sexy undercover to lie around topless, chat up guys and flirt with them in an attempt to get them to show her the junk in the trunk. What poor Mr. Garrison and the others ensnared by this brilliant bit of policing didn’t know, was that though it seemed as if there was no one around, there was in fact a police van cleverly hidden, and in it, a bunch of prurient coppers with a good video camera—hence, public exposure.