The gutsiest move by a politician in a long time

Gov. Ted Strickland grants clemency to 78 people and why? Rehabilitation! And not just your drug guys doing 100 years for possession either, he actually released people convicted of murder, and other serious crimes. Bravo Governor. I'm sending you a donation today, and I urge other readers to do the same or to at least write and express your approval:

You can do that HERE
Posted by Indefensible at 9:01 PM No comments:

I love the french Here's the awesome plot summary of one of my RTB episodes:

C'est bien.
Posted by Indefensible at 12:02 PM No comments:

Court officer steals documents from the defense file on videotape!

Now he has to apologize or go to jail.

Judge Donahoe held Deputy Adam Stoddard in contempt for the Oct. 19 incident in which he could be seen on a courtroom security video sneaking up behind attorney Joanne Cuccia in the middle of a hearing and taking a document from her file.

During several days of testimony following the incident, Stoddard said he happened to have glanced at the file and saw the words “going to,” “steal” and “money” grouped together in a sentence. It made him think a crime was taking place and gave him the authority to pull the document, he said.

But Donahoe rejected that story, saying there’s no way “a reasonable detention officer” would have thought a crime was taking place based on what he saw.

“There was no immediate or future security threat that would have justified a reasonable detention officer in DO Stoddard’s situation removing, seizing and coping a document from a defense attorney’s file,” Donahoe wrote in his ruling, which was made public today. “A reasonable detention officer would have recognized after spending approximately 37 seconds reading the paragraph in question, that the ‘key words’ had nothing to do with an immediate or future security threat to the jail or anyone else.”

Posted by Indefensible at 10:51 AM No comments:

how cool is this?!

"They will offer these and scores of other persuasive arguments, and it is impossible to imagine they will prevail. As David Feige, a public defender in the Bronx, presaged in a smart piece on the Slate site, these efforts by the defense team will fail and produce bad law."
Posted by Indefensible at 2:28 AM No comments:

Old Video From the TCA's

TNT's Raising the Bar
by tvguide

Makes me nostalgic.
Posted by Indefensible at 2:58 AM No comments:

Congratulations to former colleague Michael Risinger and his wife who represented Fernando and were instrumental in his exoneration.
Posted by Indefensible at 4:08 PM No comments: 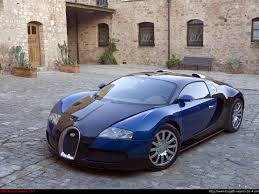 The Lufkin, Texas, man told of driving his luxury, French-built Bugatti Veyron when the bird distracted him, said La Marque police Lt. Greg Gilchrist. The motorist dropped his cell phone, reached to pick it up and veered off the road and into the salt marsh. The car was half-submerged in the brine about 20 feet from the road when police arrived."
Posted by Indefensible at 4:54 PM No comments:

Hat tip to Joel...
Posted by Indefensible at 4:32 PM No comments:

Makes me nostalgic...
Posted by Indefensible at 6:52 PM No comments: