Guess who made the list? You guessed it. The Bronx Defenders!
Posted by Indefensible at 2:08 PM No comments:

Starve the inmates and get rich...

Amazing piece about this sheriff, finally jailed for essentially starving his inmates. Bear in mind, he spent less than $1.75 per day to feed them. 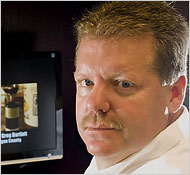 Yes we Can!
Posted by Indefensible at 11:25 PM No comments:

Posted by Indefensible at 10:34 PM No comments: 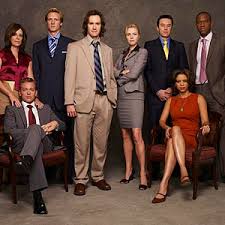 So it seems we're getting a very warm reception in the dead of winter north of the border.This, today's nice nod from the Globe and Mail...

CTV Raising the Bar (Jan. 9) Shades of Perry Mason: There are still signs of life in the TV legal drama. First broadcast on the U.S. cable channel TNT last September, this series hails from iconic TV producer Steven Bochco. Revisiting his days of L.A. Law, Bochco romanticizes and idealizes the lives of a handful of capable lawyers working opposite ends of the legal system – the district attorney's office and the public defender's office. Former Saved by the Bell star Mark-Paul Gosselaar, whom Bochco tapped to replace Rick Schroder on NYPD Blue several years back, takes on the central role of Jerry Kellerman, idealistic public defender drawn to hopeless cases. Jerry has an even more earnest boss, Rosalind, played by Canadian Gloria Reuben, and a formidable courtroom opponent in Nick Balco, played by another Canadian, Currie Graham, who succeeded Gosselaar on NYPD Blue (Bochco likes to work with the same people).

Former Malcolm in the Middle mom Jane Kaczmarek is grand as a hardball judge. The show was well-received and highly rated upon its U.S. debut, even with the distraction of Gosselaar's incredibly girly hairstyle.!

Shades of Perry Mason? I'll take that.
Posted by Indefensible at 10:07 PM 2 comments:

What a perfect wish for 2009. Thanks New York Times!
Posted by Indefensible at 2:32 AM No comments: