When Broward Circuit Judge Eileen O'Connor sentenced a prospective juror to four months in jail last year for failing to reveal he had been arrested, her decision provoked allegations of racism and double standards in the judicial system. And rightly so. (see my prior posts on this subject here, here and here...)

The appellate judges said that because the jail sentence was within the legal limits, they could not overturn it. However, they said it was 'harsh under the circumstances' and, listing cases where misbehaving jurors got lesser punishments, they suggested the judge could reduce the sentence.

For this and other loathesome misdeeds, Judge Eileen O'Connor in fact makes my list of worst judges--a subject, I'll be discussing tonight on Catherine Crier Live.

Stay tuned.
Posted by Indefensible at 11:04 AM 7 comments:

What a nice Book Review: This from the Chicago Reader...

INDEFENSIBLE: ONE LAWYER'S JOURNEY INTO THE INFERNO OF AMERICAN JUSTICE | David Feige | This first-person account of David Feige's work as a public defender in the Bronx is sickeningly well-done for the first book from a guy who claims he never planned to become a writer. Realized with lip-smacking gallows humor, gut-twisting passion, and all the narrative swing of a top novel, this nonfiction trip through the meat grinder of criminal court feels as slaphappy as a vaudeville skit.

Feige, who defended the NYC indigent for nearly 15 years, takes the reader through a reconstructed double shift during which he juggles a dizzying number of cases. Though the narrative is organized around a single archetypal day, thanks to a snappy web of flashbacks, flash-forwards, and camera pans away from the narrator, he delivers a rich portrait of many more cogs (and wrenches) in the machine. The flow is so perfect, the ironies so rich, that at first I suspected Feige was making it up. But he tells tales on so many psycho judges that if he isn't put away for libel one can probably assume his facts are as taut as his prose.

Feige's explicit agenda is to underline the abstract idea of judicial fallibility with concrete examples. Lots of innocent people are arrested and go to jail, and as Feige illustrates, it's not always for obvious reasons like faulty witness memory. The system is so packed and constipated that judges and DAs try to keep as many cases away from a full jury trial as possible; even the innocent are sometimes advised to throw up their hands and plea-bargain, 'confessing' to crimes they didn't commit rather than cool their heels in the courthouse another day. (Readers of Steve Bogira's Courtroom 302 may find this familiar terrain.)

Feige's deeper point is more subtle but simple: criminals have life stories too, and the circumstances that push people to desperate acts can be as tragic as the crimes themselves. Skill aside, this book is an object lesson in perseverance and empathy from somebody who could have lived 'safe and sound in a life full of good choices' but gave his best years to the unsafe and screwed. -- Ann Sterzinger"
Posted by Indefensible at 1:32 AM 1 comment:

NGI and about time too.

Thanks heavens for today's NGI verdict in the Yates case.
As it turns out, there is still a little justice out there.

Meanwhile, my vote for most decent person: Rusty Yates.

As the Times reported: "Rusty Yates, who has sat through most of the retrial, said he was glad the jury accepted the insanity plea instead of sending Ms. Yates to prison. He talked about how the prosecution showed pictures of the couple's five children before their deaths to the jury, hoping to convince them prison was the best resolution for Ms. Yate's actions. Did they think our children want Andrea to be in prison? he asked reporters outside the courtroom. Did they think that we, her family on either side, want Andrea to be in prison? Is it of any public benefit for Andrea to be in prison? Is she a danger to anyone? It's amazing to me. I'm so proud of the jury for seeing past that."
Posted by Indefensible at 1:27 AM 1 comment:

After two days of eating and teaching, I'm already nearly spent. Tomorrow: Teaching impeachment to Group 'A'--the most experienced set of lawyers at the college. Should be lots of fun. Outstanding Low Country Boil tonight thanks to Macon's own pair of super lawyers: Frank and Laura Hogue.

Meanwhile, I spotted a new BBQ place just outside of town on Eisenhower parkway. BBQ report soon...
Posted by Indefensible at 12:33 AM 4 comments:

Damn have I eaten well the last few days. It's been a fried chicken jamboree, as I've eaten my way through Georgia. I started on Thursday night in Atlanta at a super swanky place called The South City Kitchen. It was superb--the fried green tomatoes being among the best I've ever had (with the exception, of course of the FGT's at the now defunct Blue Plate...). Then there was some lecturing, a lot of drinking and then, today, at a place called Cutts, in a tiny town in South Georgia near my pal Pete's lake house, I had (along with the aforementioned fried chicken) a squash casserole that rivaled anything I've ever eaten. Just astonishing. Brilliant.

Why are you in Georgia you might ask? Well, it's that time of year again...
The time when I cruise down to Macon, Georgia to spend a week teaching at the National Criminal Defense College. NCDC, for those who may not know, is one of the preeminent trial training programs for public defenders (and some private criminal defense lawyers). It's held at Mercer Law School. best known as the place that spawned Nancy Grace.

The law school is beautiful of course:

But it's also a baptist school with a dry campus in a town in the middle of Georgia that smells like wood pulp and sports temperatures that make a sauna seem like the Antarctic. Why would I ever spend my time in such a place? Well, first of all there's the fried chicken, second of all there is some mighty fine bar-b-cue, and then, of course, though it's tons of work, it's also loads of fun, and wonderfully righteous. For two magical weeks a summer (four if you count both sessions), while I stuff my face, Mercer is transformed into a true believer conference. And what could be better than that?

So for the next week or so, while I'm bakin' in Macon, you please understand that my sweaty posts will be hastily composed late at night or between classes with a belly full of BBQ.
Posted by Indefensible at 7:51 PM 3 comments:

BAR HARBOR, Maine --An eastern Maine lobsterman caught a lobster this week that looks like it's half-cooked.

The Lobster in Question...


Alan Robinson, of Steuben, ME promptly donated the lobster to the Mount Desert Oceanarium. Staff members say the odds or finding a half-and-half lobster are 1 in 50 million to 100 million. By comparison, the odds of finding a blue lobster are about 1 in a million. Lobster shells are usually a blend of the three primary colors: red, yellow and blue. Those colors mix to form the greenish-brown color of most lobsters. This lobster, though, has no blue in half of its shell. Bernard Arseneau, a former manager at the oceanarium's lobster hatchery, said lobsters also have a growth pattern in which the two sides develop independently of each other.

The oceanarium has received only three two-toned lobsters in its 35 years of existence, staff members said.
Posted by Indefensible at 11:53 PM No comments: I just thought I'd like to this piece from the Gotham Gazette. July 17, 2006. It''s called A Public Defender's Case and is a Q & A I did for a book group. It really gets into some of the issues that INDEFENSIBLE deals with. And though I'm never thrilled with nearly verbatim transcriptions with their ummms and aaaahs and twisted syntax, this one does a decent job of explaining some of the core beliefs in the book.
Posted by Indefensible at 12:10 AM 4 comments:

This one has been long overdue. It debunks the nonsense Joshua Marquis, has been spewing about how the criminal justice system actually works.

In fact, Marquis has been using numerological trickery to support his absurd claims that there are a negligible number of innocent people wrongly convicted. Remember Marquis is the guy who wants to and fry the mentally retarded. So far as I can tell, he has yet to come out and acknowledge anyone as actually innocent. The piece takes him apart.
Posted by Indefensible at 2:00 PM 7 comments:

My Friends are Funny...

My friend Tamara just e-mailed me the invite to her famous (almost weekly) dinner party...

In other news: I got a nice write up in Elle, a mention in something called booklist and am hard at work on a piece for the ideas page of the Boston Globe.
Posted by Indefensible at 10:51 PM 3 comments:

I've often said that more entitled communities would be up in arms if the police did to them what they routinely do to poor black folks. Now witness the brouhaha over the jaywalking ticket issues to 82 Year Old Mavvis Coyle.

As it turns out, a Motorcycle cop--office Kelly--give Mavvis a ticket for jaywalking as she shuffled across an LA street can in hand, groceries in the other.

We're right to be outraged (the ticket was $114). It's just that we should remember how often his happens to the voiceless.
Posted by Indefensible at 3:56 PM 1 comment:

Some of you may recall my little issue with former prosecutor and republican candidate David W. Marston's review of Indefensible in the Baltimore Sun.

Well as it turns out, The Sun is committed to providing fair and accurate coverage as well as Correcting their errors. And indeed (A friend in Baltimore just tipped me off this) back on June 22nd, the Sun actually published a correction concerning a few of the facts Mr. Marston got wrong. I don't suggest this as a victory, but it is, at least, a satisfying comeuppance.
Posted by Indefensible at 6:24 PM 1 comment:

Another hat tip to SC for this one...

A frustrated motorist paid a parking ticket with a check which expressed his sense of unfairness on the memo line. "Bulls***t money grab" he noted for his financial records. He send in the check. And then...the cops showed up. He was being held in contempt of court. 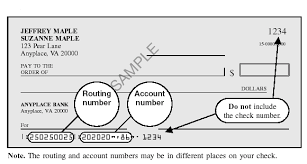 Alas, though the ACLU was ready to rush into the breech, the ensuing free speech showdown never happened. Another check--this one without the offending words was tendered to the court.

Case dismissed.
Posted by Indefensible at 11:49 AM No comments: