While the Retroactivity for Crack Sentence Cuts is being Debated, here is something you can do!

Send a comment to the US sentencing Commission by November 1st.

You can write to:

Tell them to make the crack sentence modifications retroactive.
Posted by Indefensible at 3:54 PM 6 comments:

The Holy Land Foundation defendants aren't off the hook.
Posted by Indefensible at 3:45 PM 1 comment:

Lexus Magazine--My Guide to American BBQ
Posted by Indefensible at 3:19 PM No comments:

Nice to know people are still reading and enjoying the book. This from just a few days ago.
Posted by Indefensible at 12:16 AM No comments:

The vindictive petty sheriff himself...

So this guy actually had newspaper executives arrested. Really. Despite claiming to be "America's toughest jailer...

"I managed to uncover stories about deaths in Arpaio’s jails, assaults on inmates (including one paraplegic inmate whose neck was broken by sadistic guards), and the dirty tricks that “America’s Toughest Sheriff” aimed at his political opponents—despite the fact that Arpaio blocked every one of our (perfectly legal) public-records requests and fired employees whom he even suspected of speaking to New Times.

When I moved to New Times Los Angeles in 1999, John Dougherty returned to the Arpaio story and really turned up the heat. Though the constant parade of television journalists arriving breathless with admiration for Arpaio’s “courage” never slowed, Dougherty pressed ahead with the real story: that there has hardly been a more untrustworthy politician in Arizona, and perhaps in the rest of the country as well.

Taking advantage of post-9/11 privacy statutes, for example, Arpaio had convinced the county to remove from public view records of the million-dollar commercial real-estate transactions he was making. How, Dougherty wondered, was a modestly paid county sheriff making those kinds of deals? Arpaio blocked every attempt to answer that question, and then did something even more outrageous: He convinced the county attorney to charge New Times and Dougherty with a felony for including his home address in the Internet version of a story about his real-estate dealings."
Posted by Indefensible at 3:53 PM No comments:

You know things are crazy when...

You find that the person on a panel making the most sense is former Manhattan ADA Linda Fairstein. But so it seems from this posting about a panel on "grey rape" which is, from what I can tell a cute new moniker used to describe something lighter than date rape but slightly shy of disappointing sex.

Robert D. Laurino, chief assistant prosecutor for Essex County in New Jersey spoke absurdly of “undetected rapists — the small minority of men who have committed hundreds of rapes on campuses.” Such predators, he claimed often have “sophisticated strategies” for sexual exploitation that involve deceiving women into imbibing strong alcoholic beverages. Whoa! Where lurk these super-predators? In some Austin Powers movie?

The usual alarmists then trotted out the standard nonsense about how no one reports rapes and how they're the hardest cases to prove. Until it was, of all people the former head of the Manhattan DA's sex crimes unit who was left to talk some sense into the gaseous hysterical group. It was Fairstein who explained that "there is a higher rate of false reporting (about 9 to 10 percent) for acquaintance rape than for most other crimes." It was Fairstein who explained that contrary to the claims "The prosecution rate for rapes by strangers is “astoundingly high,” and it was Fairstein who concluded that "“Certainly, in the criminal justice system there’s no such thing as gray rape. Gray rape is not a new term and not a new experience. For journalists, it may be, but for those of us who had worked in advocacy or law enforcement, this description of something being in a gray area has been around all the time. It’s always been my job in law enforcement to separate out the facts.”

It's too bad that there wasn't a defense attorney or level headed person there to debunk the junk, but (and I never thought I'd say this since I almost always disagree with her) thank heavens Linda Fairstein was there to talk something resembling sense.
Posted by Indefensible at 5:44 PM No comments:

How many times do I have to say it?

"The expected obstruction of justice charges from the feds are related to Kerik's statements to Bronx prosecutors, the sources said." 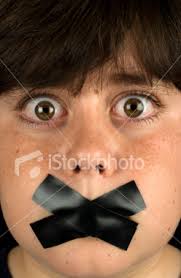 I said it after Martha. But did the well-represented Bernard Kerik listen? No...

Never. Not Ever. Not for any reason. Period.
Posted by Indefensible at 1:55 PM 3 comments:

"A former federal prosecutor's ambition led him to withhold evidence that could have helped the defense during the nation's first major terrorism trial after the Sept. 11 attacks...surprise? Hardly.

What is both sad and hilarious is that this guy is now a defense attorney.
Here's his website: A conversion a bit late in the coming if you ask me.
Posted by Indefensible at 7:25 PM 1 comment:

Wisconsin Deputy Sheriff sought after six kisd shot at a house party...
Posted by Indefensible at 3:27 PM No comments:

U.S. Prosecutor Held in a Child Sex Sting Kills Himself

Someday someone will realize: There are no 10 year old kids out there looking for sex--only twisted undercover cops and nut job vigilantes posing as little kids and mastering the use of emoticons. You'd think an Assistant United States Attorney would know as much.
Posted by Indefensible at 1:00 AM No comments: