My latest--a little contribution to the new Conde Nast business magazine. Portfolio .
Posted by Indefensible at 12:41 PM No comments:

Another defeat for prosecutors...

As everyone knows these are tough times in which to try a sex case. Particularly a case involving a previously convicted sex offender. Nonetheless, every once and again, a jury has the courage to acquit Perhaps the Duke is having an effect after all.

Click here to see if photo from America's Most Wanted now reads "Oops"
Posted by Indefensible at 9:34 AM No comments:

No forms, no loopholes, just an 'E-Z' tax 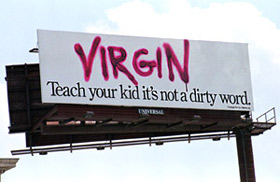 A congressionally commissioned study on abstinence programs concludes that:

"Students who participated in sexual abstinence programs were just as likely to have sex as those who did not."

In fact, the data shows that "those who attended one of the four abstinence classes reviewed reported having similar numbers of sexual partners as those who did not attend the classes. And they first had sex about the same age as other students -- 14.9 years"

We spend almost 200 million dollars a year on these programs.

Officials said one lesson they learned from the study was that the abstinence message should be reinforced in subsequent years.
Posted by Indefensible at 12:40 PM 3 comments:

All five witnesses recant but the defendant is still in prison.
Posted by Indefensible at 11:49 PM No comments:

Still Guilty After All These Years - New York Times 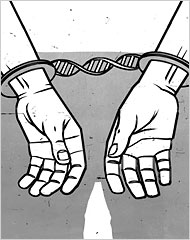 Inthis outstanding Op-Ed Scott Turow, elegantly explains the importance of Statues of Limitation. I don't often finish a piece and think "hmmm...I've often made that point, but never quite as well." Here, that's exactly what I did. Give it a read.
Posted by Indefensible at 12:34 PM No comments:

This totally outrageous story explains how Bush misused the interim appointment power. In this case, he tried to bypass congressional approval claiming he could appoint Sam Fox, (a big fundraiser for the swift boat campaign) to an interim appointment because congress was in the middle of a one week recess.

What's next? Night time appointments? The claim that since congress wasn't in session at 4:00 a.m he can bypass them? Senator Chris Dodd's comment? "Bush's actions were "deceptive at best and illegal at worst." I'm inclined to go with the latter.
Posted by Indefensible at 10:50 AM 1 comment:

There's something very interesting and immediate about the reader reviews on Amazon.com. Authors read them. Constantly. This is true of everyone I know who has written a book. The reader review forums give an author the sense that the book exists, that it's reaching an audience, and that they have real reactions to the work. The problem is that, the interface is constructed in a way that allows anonymous reviews to proliferate. The result of this is a skewing toward the extremes in which (the almost inevitable) angry people savage a book, while an author's friends don the guises of anonymity and heap praise upon their friends. And though I pretty much avoided asking anyone to write nice reviews believing that the democratic process would all sort itself out, I've certainly been asked, on occasion to contribute a nice blurb for a friend.

It's partly because of that skewing that the most recent Amazon reader review caught my attention. Unlike other negative reviews (many of which I believe were posted by a single disgruntled individual) this one used the amazon "Real Name" function, suggesting that there was actually someone willing to pan the book under his own name.

All this made me wonder (actually for the first time) what the numbers would look like if I considered in my self-evaluation, only people who were willing to sign their names to their reviews. Suffice to say, I wish I had thought of this calculational trick a long time ago.

As it turns out, by my quick count, of the 53 posted amazon reviews, 26 were from "real name" people. Of them, 24 of the 26 gave the book 5 stars and rave reviews, one gave it four stars and a nice review. The recent one star review (which was actually pretty nice aside for his hating the "liberal blather" of the book) was the only one from a "real" person. So thanks Mr. Johnson--for your candid views, your courage in signing your name, and by doing so, for giving me a new way to look at the reactions to the book.
Posted by Indefensible at 11:57 AM 1 comment:

A DECISION by the Georgia Court of Appeals last week will spare the state’s cash-strapped public defender organization about $5 million annually, the group’s director said Friday.

A three-judge panel last week said that counties, and not the Georgia Public Defender Standards Council, were responsible for paying for trial transcripts needed for the council’s indigent clients to appeal their criminal convictions.

“If the counties had prevailed in this particular case, it would be a financial burden that we simply could not have survived,” said council director Mike Mears.

The ruling, said Mears, “is a ray of sunshine in an otherwise cloudy sky right now.”
Posted by Indefensible at 12:32 PM 1 comment: