Busted for being in New Hampshire

Yep it's true, a jingoistic Cop has started charging undocumented Immigrants with Trespass for "being in New Hampshire" 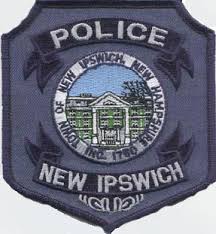 His rationale: They're here illegally, they must be trespassing on the whole darn country. And he's created quite a stir.

The Cop in question is the police chief of New Ipswitch:

He arrested Jorge Mora Ramirez after discovering him (perfectly legally) talking on a cell phone. After the chief figured out that he was here illegally, he called INS. They didn't really want to do anything about it and so he went ahead and arrested Ramirez himself. Apparently he hasn't really heard about the doctrine of preemption.
Posted by Indefensible at 10:12 PM

The town has a population of 4,306 according to the web, so this isn't too surprising, nor is the following quote from the article.
"The New Ipswich chief even told a group of human rights activists that if a woman complained of domestic abuse, he would respond to her complaint but would also charge her with trespassing if he believed she were in the country illegally."

On a side note, what the hell is with the delay of over a month for trial in such a small city?

I wonder if Ramieriez had a "Live Free or Die" licence plate.

No matter who the client, you can always argue that "justice should be done." You lay people fall for that line *every*freakin'*time.

Maybe it is just the fact that the taxpapers of this country are getting tried of supporting every lowlife that decides to wander across the border and plant roots in this country for their free government assistance. The chief in New Ipswitch found that after his actions, the support his action was outstanding. When does this country wake up and pull in the welcome mat.