After spending nearly two decades of getting tougher on crime, Minnesota lawmakers will be asked next year to pay a steep price for their policy changes. 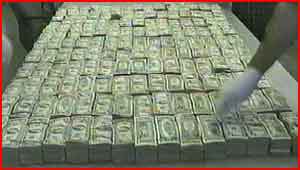 The state departments of Corrections and Human Services are seeking about $140 million to expand prisons and build state hospital lockups for sex offenders. That would fund the largest construction program for those agencies in more than 10 years.

Sen. Linda Berglin, DFL-Minneapolis, says more convicted sex offenders are being committed to state hospitals because of fallout from "the Rodriguez case." She was referring to Alfonso Rodriguez Jr., a registered sex offender charged with kidnapping and murdering Dru Sjodin in late 2003, after he was released from prison.

"That's the most expensive mistake state government has made in some time," said Berglin, chairwoman of the budget committee that oversees state hospitals.

Since then, state corrections officials, county attorneys and judges have been sending more sex offenders to hospitals after they are released from prison. Before that policy change, state hospitals were admitting about 18 sex offenders a year. Now, they are taking in about 60 new sex offenders each year, and that number might grow, said Wes Kooistra, assistant state human services commissioner.

The Human Services Department projects the hospitals' sex-offender population will increase from the current 306 patients to 500 by 2011. The hospitals need more secure facilities to house those patients.

Posted by Indefensible at 8:40 PM