Down in the Bayou an important Indigent defense reform bill has moved to the full House despite opposition from the state's district attorneys.

Moreover, the Louisiana News Star has this excellent report on indigent defense. As regular readers know, there are virtually no state funds for indigent defense in Louisiana. Instead most parishes rely on speeding ticket revenue to fund their public defenders. 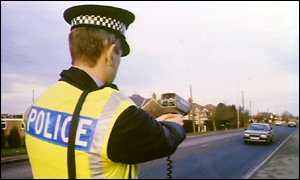 Specifically, it has been estimated that it would take $55 million to properly fund the statewide indigent defense system. Currently, the system in the state of Louisiana operates on a budget of about $32 million a year. A little over $9 million of that comes from the state and is spread across the judicial districts. The remainder comes from the individual districts, primarily from $35 traffic ticket fees, a method of funding wholly dependent on the enforcement of traffic laws. Districts with major thoroughfares also traditionally get more money from traffic offenses.
Posted by Indefensible at 12:12 AM

well they do charge a lot for speeding. I'm surprised it's not more.