Scientology and your Tax Dollars 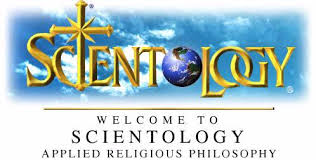 So given all the hoopla, I thought it'd be interesting to take a peek at scientology--as it turns out, I was wondering about what the heck they believe and whether it was an actual religion. (as usual my buddy Daniel Radosh was already all over it.) So here's a little primer on the "religion" and, just as interestingly, their tax status...

As it turns out Scientology did not start as a religion. In 1950, pulp writer L. Ron Hubbard published an essay on achieving perfect mental health in Astounding Science Fiction magazine. He called his program Dianetics. It teaches that every mental aberration—neurosis, compulsion, repression—and most common physical ailments are caused by subconscious mental images of past trauma. Hubbard dubbed these images “engrams.” He created a device called an e-meter, a kind of simplified lie detector, to detect buried engrams. As a person tells the story of his or her life, trained Scientologist “auditors” use the e-meter to ferret out the traumatic engrams, bring them to conscious awareness, and clear them.

After being raided and barred from making medical claims he switched to making it a religion.

About 75 million years ago, Hubbard told his followers, a galactic dictator named Xenu imprisoned billions of beings on the planet Teegeeack, later known as Earth. He then dropped hydrogen bombs on them and implanted them with sexual perversions, false religion, and other psychoses. Later, the contaminated “body thetans” escaped and attached themselves to other thetans, otherwise known as human beings. To reach the final stage of Scientology, one must telepathically contact the parasitic body thetans and persuade them to let go.

In 1967 The IRS ruled that Scientology was NOT a religion, but rather a comercial operation designed to make Hubbbard rich. It revoked it's tax exempt status. Scientologists fought back by breaking into government offices and planting bugs and stealing documents. (nearly a dozen leaders were eventually convicted of conspiracy as a result) But in the early 90's after a private meeting with "church" leaders, the IRS reversed itself.

Even more interesting: unlike most people, scientolgists can deduct their very expensive training as a "donation" to the church--yep that's right, we're funding the training of scientologists, described in one appeals court ruling as the "IRS's chosen people"
(Thanks to 'The Week' from whom I cribbed liberally)
Posted by Indefensible at 10:19 AM