Finally a report documenting what we've all known about for years: The absurd flood of weed cases, many of which are charged as misdemeanors rather than violations because the cops coaxed someone into giving up the joint rather than discovering it during a search.

What's the real problem with hundreds of thousands of people getting busted for weed? The fact that enforcement is racially disproportionate. As my dear friend Robin Steinberg, the executive director of Bronx Defenders, put it in Newsday...

'Those same police forces are not being deployed on the Upper East Side of Manhattan waiting outside privileged, overwhelmingly white private schools to search their backpacks go through their children's pants.'"

As I've often said, if we policed the upper east side like we police the Bronx, there'd be a revolution in NYC inside of a month.
Posted by Indefensible at 2:57 AM 1 comment:

I called that one...

Wesley Snipes Gets 3 Years for Not Filing Tax Returns
Posted by Indefensible at 3:02 AM No comments:

Weird thing about books is they stick around (even after being remaindered). Another review of INDEFENSIBLE from march of this year. Who knew?
Posted by Indefensible at 3:00 AM No comments:

"Pursuing the polluters" ran today in the Los Angeles Times
Posted by Indefensible at 2:02 PM 2 comments: 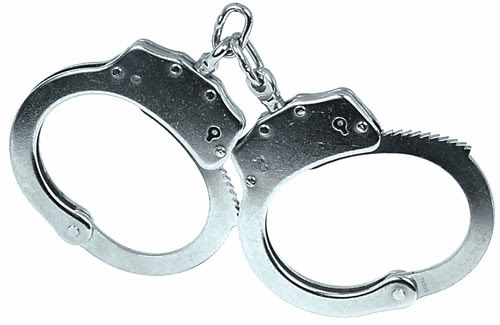 I've said it before and I'll say it again: . Wesley Snipes is going in
Posted by Indefensible at 1:54 AM No comments:

I know this is old, but I just came across it (thanks to blonde justice) and I couldn't help but re-post it.

This piece is one of the finest bits of expository writing I've come across in a long time. It's an phenomenal times Op-Ed by Taylor Branch called The Last Wish of Martin Luther King.

Just one little tidbit to get a taste of his delicious writing... "we have encased Dr. King and his era in pervasive myth, false to our heritage and dangerous to our future."
Posted by Indefensible at 11:08 PM 1 comment: 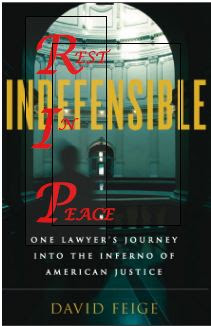 Remaindered at last...
Posted by Indefensible at 3:33 AM 1 comment:

Michael Brick’s ambitious piece in today’s New York Times about the wide ranging narcotics prosecutions in the housing projects of Brooklyn omitted some important details which suggest that the “historic conspiracy” referred to by the Brooklyn District Attorney’s office was not the series of drug transactions being prosecuted under the false flag of an overused conspiracy law, but rather one between Mr. Hynes’s office, and a compromised judiciary conscripted in the service of unsustainable prosecutions by fawning press coverage and a lack of simple courage.

While Mr. Brick does imply (by quoting defense lawyers) that the use of first degree conspiracy charges had the effect of “exacting jail terms they might not otherwise have won,” he does a shoddy job of explaining just how the use of bail coerced plea bargains, and entirely omits the fact that bail is a matter of judicial discretion, thus failing to pose the question of why judges continued to set and maintain bail as case after case collapsed.

The omissions reflect Mr. Brick’s thesis that the cases “stumbled at the courthouse steps.” That thesis posits that the system actually works with judges fulfilling their proscribed role as checks on prosecutorial power. In fact, judges were complicit in the continuing prosecution of the cases at each step from arraignment onwards.

Mr. Brick correctly noted that those charged with Conspiracy in the First Degree (Penal Law Section 105.17) had bail set at astronomical numbers. Certainly (though he didn’t mention it) this is in part because 105.17 is a class A-1 felony, punishable by life in prison and subject to the same penalties as a murder. Still there is no statute that requires judges to set high bail, or even, bail at all. In fact, releasing defendants charged even with serious crimes is the prerogative of any presiding arraignment judge, and one of the main things those judges are required by law to consider is “the weight of the evidence against (the defendant) in the pending criminal action and any other factor indicating probability or improbability of conviction.” When juries soundly reject conspiracy charges in case after case, and when the district attorney’s office resolutely refuses to even explain the basis for such serious charges citing secrecy, it becomes incumbent upon judges to refuse to set bail and to begin to release defendants charged in the same manner.

What happened in Brooklyn, though is precisely the opposite. For years and years, despite the District Attorney’s office’s utter failure to secure even a single conviction on Conspiracy 1 charges, judges continued to set and maintain high bail knowing full well that it would take a year or more for cases to come to trial, and that when they finally did, almost no defendant in their right minds would refuse a “time-served” or get out of jail today plea offer. In short, judges were the silent partners in an Alice-in-Wonderland like sentence first, verdict afterwards regime. Had they done their jobs, and refused to set bail based on unsustainable charges, prosecutors would quickly have tired of the legal charade they have used for years to railroad potentially innocent people into pleading guilty to unprovable cases founded on questionable and sometimes virtually nonexistent evidence.

Letting the judiciary off the hook for their complicity does a disservice to readers, and perpetuates the myth of a well functioning system of criminal justice. In fact, as even the most cursory look reveals, co-opted judges, all to eager to appear tough on crime and unwilling to exhibit the courage necessary to take an unpopular stand, have long ago become prosecutorial partners in the tragic dismantlement of the constitutional safeguards we all rely on to protect us from an increasingly overreaching government.
Posted by Indefensible at 6:05 PM No comments:

So in addition to posting my own thoughts about things here (where my personal reflections on writing, being in hollywood, and doing the show get a bit of air), and Huffington Post (Where I occasionally post random legal and other musings), I've been asked to participate in a very smarty-pants legal blog at Slate.

The blog is called "convictions" and the contributors include genuine heavyweights--guys like Balkin, Barron, Kerr and Dellinger. (The complete list is here and a list of my posts so far is here.) Mostly I'm there to dumb down the conversation and get everyone away from their ethereal battles about theories of judging, or the unitary executive. As readers here know, my tastes are far more pedestrian, and my concerns far more reified--hence my last post about how wildly screwed up sentencing for acquitted conduct is.

Anyhow, just thought I'd explain where the absent verbiage has gone.
Posted by Indefensible at 2:52 AM No comments:

This from today's Los Angeles Times. It was the front page of the calendar section...
Posted by Indefensible at 2:47 AM No comments: