WNYC did a nice piece this morning about our work at the Bronx Freedom Fund, and it seemed like a fitting lead-in to a quick review of how we've been doing the past six months.  For those of you unfamiliar with the fund (I am the Chairman of the Board).  It is the first licensed charitable bail fund in New York State.  It posts bail for the poorest of the poor in criminal cases, allowing them to fight their cases from a position of freedom rather than incarceration. 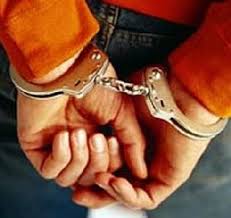 In cases in which we’ve posted bail more than 80% of bail fund clients were spared the criminal records they would otherwise have been forced to accept had they been unable to make bail.

--In the past six months, Ninety-eight percent of bail fund clients have returned to all of their court appearances to date.

--61 out of 62 clients who have had court appearances so far have returned to court for all of them, for a total of 139 scheduled court dates  (including several on the same day as serious snowstorms).

--No client is currently serving a sentence of incarceration on the case in which the Bronx Freedom Fund paid his or her bail.

--Thus far it costs an average of just $791 to bail someone out and thus fundamentally change the dynamics of the case.

--Eleven out of fourteen cases that have been resolved to date have resulted in a dismissal. One has resulted in a non-criminal disposition (a violation with a one-year conditional discharge).
Of course the Freedom Fund is interested not only in the outcomes of the criminal cases in which we intervene, but in the life outcomes of the clients we are able to help.  In order to try to measure that, we also track collateral consequences of incarceration that the Bronx Freedom Fund has helped clients to avoid.  In the last six months our clients have regained the chance to carry on their daily lives in countless ways while their cases are pending. A selection of these consequences include:

--Returning to public housing.  Because we posted bail a client was able to remain in public housing rather than being evicted had she remained in jail.

--Retaining a spot in supportive housing with integrated drug treatment.  Another client facing expulsion from the program was allowed to stay after the Freedom Fund posted his bail.

--Continuing to be a Parent.  Because the Freedom Fund posted bail our client was able to attend his parenting classes and thus spend the holidays with a four-year-old son.  Had he remained incarcerated, and unable to attend the classes, his visitation rights would have been curtailed or terminated for non-compliance.

Staying in School.  Because the Freedom Fund posted bail another recipient was able to finish his GED course and get his certificate.  Other recipients were enrolled in courses in Auto Mechanics, and Commercial Driving courses.  Had they remained incarcerated they would not have been able to graduate nor get the certificates.  In fact, they’d have lost the time and money they invested in the courses and would have had to start again.

In short, the numbers paint a pretty vivid picture of both the havoc wreaked when a poor person is forced to stay in jail because they are too poor to afford their freedom, as well as the extraordinary difference that posting bail makes.

Convinced?  Feel free to donate at Bronx Freedom Fund...
Posted by Indefensible at 11:36 AM 1 comment:

The New York Times Writes about the Freedom Fund...

Today the NYT has a piece about the Bronx Freedom Fund.  As chairman of the board, and a founder of the program I couldn't be more delighted that the times has found it fit to cover us.    It's been a long road to becoming the state's first licensed not-for-profit bail fund.  So here's to us!


In October, James Broadus II, then 31, was arrested in Co-op City, the Bronx, and charged with petty larceny and assault. He was accused of taking a book bag from one man and choking another. A judge set bail at $1,000.
But Mr. Broadus, who had been working odd jobs, had no savings. His closest relative, his grandmother, could not help. So Mr. Broadus, who had no criminal record, faced a choice: Plead guilty and go home, or sit in jail and wait for a trial.
Sitting on a bench on a jail barge in the Bronx, Mr. Broadus contemplated his options: “I don’t want a record,” he recalled thinking. “I’m not guilty.” He claims that he was wrongfully accused and had nothing to do with the crime. But he knew that if he chose to exercise his right to trial he could be on the boat for weeks. The Bronx Criminal Court is one of the most backlogged big-city courts in the nation and its delays are infamous in Mr. Broadus’s neighborhood.
He took in his surroundings: his 20 or so cellmates; the gray dinner meat; a fetid unenclosed toilet. He envisioned staying there through his birthday, Thanksgiving, Christmas. “I would have done whatever I had to do to get out,” he said. “Which would have to have been saying, ‘Yeah, I’m guilty.’ ”
It is a decision made over and over again across the city, especially in the Bronx. Anyone in the borough’s court system is familiar with the dilemma: People who cannot pay bail often plead guilty, accepting a possibly life-altering record to go home to a child, to continue working, to return to whatever they left in the outside world. Many have in fact committed crimes. But some have not.
Judges typically set low bails for misdemeanors like hopping a turnstile or stealing a backpack. But in neighborhoods where savings are scarce, many cannot pay. In 2012, a total of 4,378 people arrested in the Bronx had bail set from $50 to $2,000, according to data compiled by the Criminal Justice Agency for The New York Times. Of those, 89 percent did not post bail at their arraignment. Of those who stayed in jail, 43 percent were incarcerated until their case’s disposition. The median time in jail was 11 days; the average stay was 40 days.
(According to the Criminal Justice Agency, defendants in the Bronx have the hardest time making bail: In 2012, 14 percent of nonfelony defendants in the Bronx who had bail set at $500 or less were able to post at arraignment. That number was 15 percent to 43 percent in the other boroughs.)
An experimental program aims to help some of those people avoid jail time or a hastily made guilty plea by paying bail for poor defendants charged with misdemeanors. The fund is a project of the Bronx Defenders, a nonprofit provider of legal services.
Not everyone qualifies. The program, which is known as the Freedom Fund, provides bail only for people accused of misdemeanors, paying as much as $2,000. And participants must demonstrate that they have roots in the community, and therefore are likely to return to court.
The goal is to give the people with means and those without the same opportunity for a trial.
“What we’re hoping is: It just brings back a little more fairness,” said Robin Steinberg, 56, the executive director of the Bronx Defenders, who started the fund with her husband, David Feige, in 2007.
During a period of about two years, the fund paid the bail of about 150 people. Ninety-three percent of them returned for every court date.
Then, in 2009, a judge questioned whether it was legal for a charitable organization to pay a defendant’s bail, arguing that such a group would need to meet the same regulations as a for-profit bail bond business. The pair, unable to meet those requirements, shut the program down.
But their desire to keep the fund going persisted. “We decided: Let’s change the law,” Ms. Steinberg said.
The couple rallied a bipartisan group of lawmakers, who approved a bill signed by Gov. Andrew M. Cuomo in 2012 that permits nonprofit groups to pay the bail for defendants accused of misdemeanors.
The Freedom Fund reopened in October. Its rebirth comes at a time when many are questioning the fairness of the city’s bail system.
One of the strongest critics has been New York State’s chief judge, Jonathan Lippman, who has called it unfair to poor people and unnecessarily expensive. The annual cost of holding people in pretrial detention in the state is about $570 million. In a 2013 speech, Judge Lippman urged lawmakers to change bail statutes to make clear that people who are arrested should be released under “the least restrictive conditions possible.”
State law mandates that judges set bail only if they believe the defendant may not return for a later court date. Steven Reed, a spokesman for the Bronx district attorney’s office, said Bronx prosecutors “seek only as much bail as is necessary to bring the defendant back to court.”
Some public defenders, however, say that bail is set far more often than the statute intended. Prosecutors push for it because it tends to result in more guilty pleas, they assert. Alyssa Work, 27, the Freedom Fund’s program director, said judges acquiesced because “there’s a fear that one person out on bail will commit another crime, and it will come back, and it will reflect on them.”
The Freedom Fund is the only nonprofit in the state that pays bail for low-income people, and its founders believe they are the only such organization in the nation.
Mr. Broadus was among the fund’s first clients after its return. He is now fighting the case with the assistance of a lawyer from the Bronx Defenders. “I’m not trying to skirt the system,” he said. “I’m just trying to use it.”
Posted by Indefensible at 2:09 AM No comments: