How the Republicans would spend your money...R.N.C. Spends Thousands on Jets, Limos and Clubs - NYTimes.com

So is there hope for America or are we toast?
Posted by Indefensible at 2:12 PM 2 comments:

Texas Wants to put the Moral Majority in Textbooks...

The Texas school board is holding hearings on changes to its social studies curriculum that would portray conservatives in a more positive light, emphasizing the role of Christianity in American history and include Republican political philosophies in textbooks. 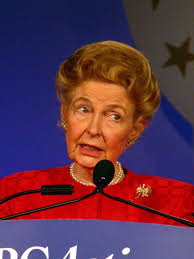 Phyllis Schlafly in our Kid's Textbooks?

One guideline requires publishers to include a section on “the conservative resurgence of the 1980s and 1990s, including Phyllis Schlafly, the Contract with America, the Heritage Foundation, the Moral Majority and the National Rifle Association." Another states that the Civil Rights movement created “unrealistic expectations of equal outcomes” among minorities.

I don't even know what to do with this one.
Posted by Indefensible at 11:21 AM 1 comment:

Posted by Indefensible at 9:37 PM No comments: