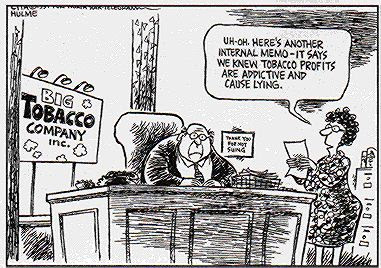 In another outrageous story out of the politicized Bush Justice Department, The leader of the Justice Department team that prosecuted a landmark lawsuit against tobacco companies said yesterday that Bush administration political appointees repeatedly ordered her to take steps that weakened the government's racketeering case. They even ordered her to read verbatim a closing argument they had rewritten for her.
Posted by Indefensible at 7:36 PM No comments:

Charles Harrelson, died of a heart attack in the Supermax federal prison where he was serving two life sentences for the murder of a federal judge, officials said Wednesday.
Posted by Indefensible at 11:53 PM 1 comment:

Dahlia does it again

The most engaging legal journalism of the day comes, yet again, from Dahlia Lithwick at Slate (disclosure: She's my editor there and a great one.)

Just read this piece. You won't regret it.
Posted by Indefensible at 9:10 PM 1 comment:

Say what you will, republicans aren't stupid. Huffpo is reporting that in just a few hours prominent conservatives will launch an effort to restore civil liberties

Now this is all well and good but it suggests to me that the democrats have failed to sufficiently position themselves as "small government" when it comes to this stuff. Aparently, though the new conservative package will try to "restore congressional oversight and habeas corpus, end torture and extraordinary rendition, narrow the president's authority to designate 'enemy combatants,' prevent unconstitutional wiretaps, email and mail openings, protect journalists from prosecution under the Espionage Act, and more.'"

Just makes me sad that democrats aren't associated sufficiently with these obvious populist positions.
Posted by Indefensible at 11:58 AM No comments:

A part of the PATRIOT Act that must go...

The administration has long used the PATRIOT act to provide some camouflage and even legitimacy to it's loathsome and often unconstitutional activities. So it's high time that the democrats started looking to repeal some portions of it, starting with the Naming of Prosecutors. Mercifully it looks like that's where congress is finally headed.
Posted by Indefensible at 11:51 PM No comments:

Here's the good stuff: "Mr. Iglesias said he had believed that his bosses shared his view that United States attorneys should stay above the fray. “I thought I was insulated from politics,” he said in an interview. “But now I find out that main Justice was up to its eyeballs in partisan political maneuvering.”

Since his ouster, Mr. Iglesias has received support from other federal prosecutors, who say the department failed to honor its obligation to ensure that decisions about prosecutions are free of political taint.

“People who understand the history and the mission of the United States attorney and Justice Department — they are uniformly appalled, horrified,” said Atlee W. Wampler III, chairman of a national organization of former United States attorneys and a prosecutor who served in the Carter and Reagan administrations. “That the tradition of the Justice Department could have been so warped by that kind of action — any American should be disturbed.”
Posted by Indefensible at 7:18 PM 2 comments:

A sixth-grade science teacher who was accused of having sex with a 13-year-old student has been sentenced to 10 years in prison. Rachel L. Holt, 35, had pleaded guilty to second-degree rape. She sobbed in court Friday as Superior Court Judge Calvin L. Scott gave her the mandatory minimum sentence. Prosecutors had wanted Scott to sentence Holt to the maximum of 25 years.

Holt was initially charged with 28 counts of first-degree rape. Police accused her of having sex with the boy that many times during an intense weeklong affair.
Posted by Indefensible at 3:10 PM 2 comments:

Oops. It was Rove after all. 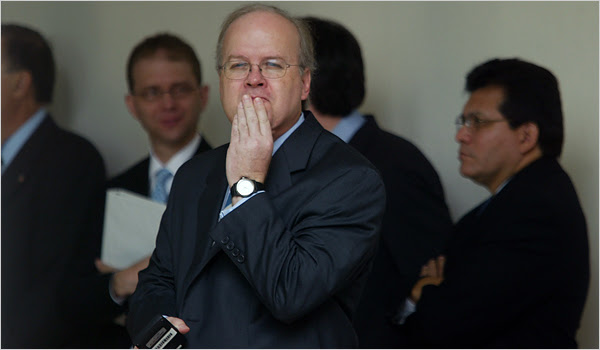 Rove e-mailed about the US Attorney firings well before Gonzales was even AG
Posted by Indefensible at 12:22 AM No comments:

Juan Catalan, unjustly imprisoned for nearly five months after being charged with a murder he didn't commit was exonerated by unused daily footage shot for the HBO comedy series "Curb Your Enthusiasm.

Well, the case was dismissed, .and last week he received a $320,000 settlement of a lawsuit filed against the City of Los Angeles.
Posted by Indefensible at 9:45 AM 1 comment:

What happened to Judge Chase?

I am sure it's often very frustrating being a judge. It's a tough job, but some seem to acclimate better than others. This great piece chronicles the strange decent of one New York immigration judge--Judge Jeffrey S. Chase.

Judge Chase was recently assigned to desk duties after the Second Circuit (in it's second stinging reversal) found that " Judge Chase’s decision show “a plethora of errors and omissions,” and that his tone during the hearing was unacceptable.

The panel pointed to a ”disturbing” incident in which the judge appeared to tread on lawyer-client privilege when he asked Mr. Ba if he had lied to his lawyer: “Yes or no?” “’It is inconceivable,” the panel wrote, that Judge Chase, “as a judge and lawyer, would not know the impropriety of that question.”
Posted by Indefensible at 1:02 AM No comments:

"The FBI's director, Robert Mueller, admitted the bureau had abused the enhanced powers vested in it through the U.S. Patriot Act.

According to a recent report, by investigators in the DOJ’s Office of the Inspector General (OIG) “the FBI used NSLs (NATIONAL SECURITY LETTERS) in violation of applicable NSL statutes, Attorney General guidelines, and internal FBI policies.” A large number of the infractions, according to the OIG, violated the Electronic Communications Privacy Act (ECPA): “In addition, we found that the FBI circumvented the requirements of the ECPA NSL statute when it issued at least 739 ‘exigent letters’ to obtain telephone toll billing records and subscriber information from three telephone companies without first issuing NSLs.” Exigent letters are produced when FBI agents feel they need immediate information, and the OIG found that these claims were exaggerated in many of these cases.

“Moreover,” the report continues, “in a few other instances, the FBI sought or obtained information to which it was not entitled under the NSL authorities.” These “instances” appear to be clear and quite extreme violations of NSL statutes: using an ECPA NSL to secure educational records; obtaining telephone records that were not part of a national-security investigation; and obtaining credit reports as part of a counterintelligence investigation.

This is why we shouldn't ever surrender powers like this to the government.
Posted by Indefensible at 6:58 PM 2 comments:

Every night is a Saturday night massacre...

There is mounting evidence that the Bush administration regularly pressures supposedly autonomous United States Attorneys when they step into the politically charged arena of republican corruption.

The latest? A former federal prosecutor in Maryland said Monday that he was forced out in early 2005 because of political pressure stemming from public corruption investigations involving associates of the state’s governor, a Republican.
The depravity of this administration and it's willingness to subvert justice seems almost limitless
Posted by Indefensible at 10:24 AM 1 comment: 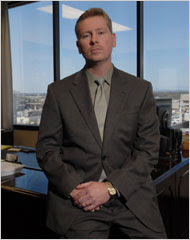 Mr. Death Penalty Himself
Posted by Indefensible at 1:32 AM 1 comment: