This Newsday piece about bushmeat highlights the constitutional challenge filed by my dear friend Jan Rostal at the Federal Defenders. In it she argues that the consumption of bushmeat has religious significance that should be protected...go Jan.

Why bother voting for democrats?

The times reports that there may finally be an accord on Bill to Detain Sex Offenders. The legislation, properly held by by democrats while Pataki was in office is now front and center.

Governor Spitzer made the bill a priority, calling for it recently in his first annual address to the Legislature. And his budget proposal called for the addition of 335 state workers to handle civil confinement efforts, the largest staff increase he has proposed.

The agreement calls for the creation of a new state office of sex offender management, an official briefed on the agreement said. It calls for greater supervision of sex offenders once they are paroled, and would create a new class of crime, a sexually motivated felony, in which prosecutors could try to prove that someone intended to commit a sex crime, even if such a crime was not actually committed, the official said.

It's this sort of pandering, and the irresponsible erosion of civil liberties that can make me regret my vote.
Posted by Indefensible at 11:30 PM No comments:

The Padilla hearings are underway. Yesterday, some of the jailers were forced to testify about the conditions. in the brig. 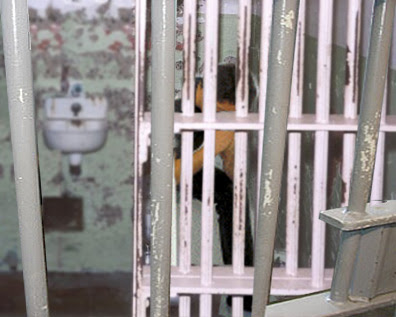 But the real outrage of the day was the absurd testimony of the supposedly independent shrink:

"But the Bureau of Prisons psychologist, Dr. Buigas, disagreed with the diagnosis of post-traumatic stress disorder. He said Dr. Zapfs testing was invalidated by the fact that Mr. Padilla was handcuffed during the tests, a condition imposed on Dr. Zapf by prison officials."

So the prison officials for Padilla to remain cuffed, and as a result the defense analysis is flawed. Truly Kafkaesque.
Posted by Indefensible at 11:55 PM 1 comment:

Things have been very busy around here recently.

As of about six weeks ago, I'm technically "Professor of Law and Director of Advocacy Programs" at Seton Hall University School of Law. Really. Scary but true. The first time someone called me "Professor Feige" I actually turned to look over my shoulder expecting to see my father behind me. It's all still a bit strange.

Make no mistake, it's a great job full of smart and interesting new colleagues. I've even gotten used to (and dare I say rather like) taking a commuter train over to Newark every so often. But the warm immersion doesn't stop me from spending a fair amount of time struggling with what it means to my life to have partially retreated to the safety of the academy. It's strange to have taken yet another step away from the front line work that engaged me for so long, particularly since my passion for the work and my belief in it's righteousness remains undimmed.

The oddity of the whole situation came home to me this afternoon at Yale where I just finished doing a panel at the Rebellious Lawyering Conference.

I was on a panel with Steve Bogira (whose wonderful book "Courtroom 302" I reviewed for the Washington Post) and Kate Rubin Somewhere along the way I found myself exhorting the young dedicated law students to just go do public defender work, urging them to throw their hearts and minds and passions into the work while they were still young and able to do so. And somehow, even though I did the work myself and stuck with it for over a decade, I still felt a tiny bit like an impostor. Whether this is merely a symptom of getting old or whether it bespeaks something deeper remains to be seen. My guess is that, a bit to my own surprise even after the years I've been out of the work and the many times I've described myself as "a writer" I still find it dislocating to confront how far I seem to have drifted from being a PD.
Posted by Indefensible at 6:54 PM 1 comment: 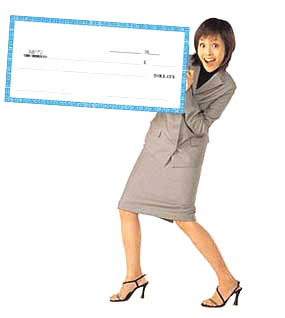 Obviously they meant ten million, but I love the idea that a huge drug company cut a check for 10 bucks.
Posted by Indefensible at 9:43 AM No comments:

I'm home today (after a long night) writing up some answers for the new Public Defender Stuff Monday Musings feature. Greg, I must say, has done a terrific job of bringing together the disparate blogs and voices in the PD world and I'm looking forward to both cranking out my answers and hearing what my fellow (and female) PD bloggers think about some of these issues.
Posted by Indefensible at 10:04 AM No comments:

I just found out that the article I did for Lexus Magazine a few months ago--the one that sent me over to Innsbruck Austria to interview a very hip solar architect--is now on the Lexus website. So as it turns out, you don't even need to drive a fancy car to read my most recent piece.
Posted by Indefensible at 12:17 AM No comments:

Guess who just got a Jury Summons?

Yes indeed, I've been called upon to do my civic duty. The only interesting question here is: What are the odds I actually wind up on a jury?

Welcome to my world.

This great piece highlights the abuse of "failure to appear" charges in Ct, focusing on a woman who arrives 45 minutes late to court once among some 40 appearances. When the underlying drug charges were dismissed the nasty prosecutors went to trial and secured a conviction on her felony failure to appear. Lovely.
Posted by Indefensible at 12:58 AM No comments:

Froth, fear, and fury. That's the huge headline in Boston today after some blinking lights in the form of a cartoon network character paralyzed much of Boston, shutting down roadways, subways (with the help of a coast guard cutter) the Charles river. C'mon people. A little less hysteria and a little more common sense huh?
Posted by Indefensible at 10:03 AM 4 comments: