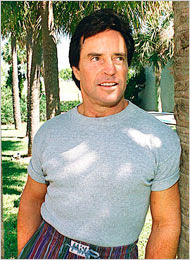 The creator of one of my favorite restaurants died today--of cancer of the salivary gland. That seems fitting for the man who created Popeyes.
Posted by Indefensible at 7:13 PM No comments:

Hot off the presses?

Do me a favor: Compare Adam Liptak's article in the NYT Today in which he reports on Samuel R. Gross's upcoming rejoinder to Justice Scalia's opinion in Kanas v. Marsh,

with this piece from the Boston Globe published in 2006 (by me). I think Professor Gross does some fine work, but the fact that his rejoinder is coming out now--literally years after Marquis's crap was published, and years after it was cited approvingly by Scalia--just confirms all my unfortunate feelings about the sclerotic nature of much of legal scholarship and almost all legal academic publishing.
Posted by Indefensible at 3:56 AM No comments:

The Wire and Jury Nullification...

While the last episode of "The Wire" may not have wrapped up as many of the plotlines as some closure-loving commentators may have liked, the final act of the writers-captured not on screen but on the pages of Time Magazine-may represent the high water mark of a politically engaged Hollywood.

In the magazine this week, David Simon and his staff take dead aim at this country's war on drugs and conclude that "If asked to serve on a jury deliberating a violation of state or federal drug laws, we will vote to acquit, regardless of the evidence presented." Citing the legendary example of John Peter Zenger, they declare jury nullification in drug cases to be an act of righteous civil disobedience. 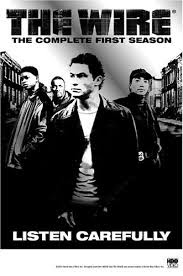 The problem is that in taking their pledge to nullify, the authors have gently finessed a rather difficult and practical point-in order to acquit or hang the jury, they'll have to lie to get on the jury in the first place. This is no small omission. Many people will take comfort in Zenger's example but far fewer will be willing to intentionally shield their convictions from official scrutiny once a Federal judge or state prosecutor starts asking them directly. It's hard to lie as a juror, and particularly hard to do so in open court, but without the lie there will be no nullification.

In fact, the jury selection in drug cases around the country increasingly resembles the kind of "death qualification" that capital juries go through. So common is the revulsion to our misguided drug war that judges and prosecutors routinely ask jurors if they have a principled objection to it, following up with questions specifically designed to expose anyone who would have a moral or political objection to voting to convict. Avoiding disclosure often takes more than just failing to raise one's hand in response to a general question. More and more, specific jurors that prosecutors suspect for one reason or another may harbor anti-drug way sympathies are directly queried about their views making withholding look very much like outright deception.

The problem with all of this, of course, is that in the end, more and more juries are comprised not of a fair cross-section of the population, but rather by conservative folks who have no compunction about convicting someone of a drug crime regardless of the of the eventual sentence. And generally speaking those same jurors are more likely to view the evidence in ways that are favorable to the government in a drug prosecution, increasing the likelihood of conviction.

In the end, taking the pledge that Mr Simon proposes may be a wonderful thing when it comes to raising awareness of the terrible injustices perpetuated every day in drug cases around the country. But if called down to the courthouse, a more moderate position will most likely be the more effective one.

Of course the true ideologues may be able to look a judge or prosecutor in the face and claim they'll convict when they won't, but this is far harder in practice than it seems in theory. There is something about the majesty of the process that makes lying difficult. The solution then, is a bit of existential trickery: Don't decide yet. Make no pledges you'll feel the need to disclose, insist that you will listen fairly to all the evidence presented, tell them honestly that you care passionately about the law, and that you'll withhold decision until you've heard the entire case. Get yourself on that jury. But when closing arguments are through and the judge has instructed you on the law, do precisely as Mr. Simon urges. "think for a moment on Bubbles or Bodie or Wallace. And remember that the lives being held in the balance aren't fictional."
Posted by Indefensible at 2:36 AM 1 comment:

It's been a confusing few weeks here in hollywood. Disorienting, taxing, if often wonderful. Surfing in the morning with pods of dolphins breeching and leaping delightedly over the waves is hard to beat. And then there is the relentless sunshine and the delightful distractions of eating well, meeting people and having fun in a new city. The work is exciting too. Breaking stories and working for the first time with a group of talented writers is a challenge I've warmed to. And of course, working for Steven B is a dream.

But in the quieter moments, stuck in LA traffic, or listening to the comforting white noise of the waves, I do wonder about the legitimacy of this entire enterprise. It's so far from the lives I used to touch, the people I used to know, the succor I used to provide that it's hard to reconcile with my life long goal of living well by giving more than I take (and of course being me, taking abundantly). There is an immediacy that is lacking. The artistic enterprise as end in itself has never been a particularly persuasive philosophical point of view, and I don't think I'm much closer to adopting it then I was when I came out here. All of which begs the question of what is the point of doing what I'm doing? 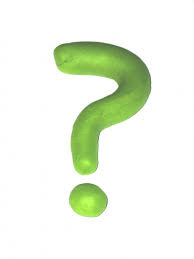 I haven't answered the question for my self, but two things in the papers today helped a lot. The first was this spectacular piece from the creators of "The Wire." It leverages their work in a radical and inspiring opinion piece published this week in Time.

In it they say "This is what we can do — and what we will do. If asked to serve on a jury deliberating a violation of state or federal drug laws, we will vote to acquit, regardless of the evidence presented. Save for a prosecution in which acts of violence or intended violence are alleged, we will — to borrow Justice Harry Blackmun's manifesto against the death penalty — no longer tinker with the machinery of the drug war. No longer can we collaborate with a government that uses nonviolent drug offenses to fill prisons with its poorest, most damaged and most desperate citizens."

It is a manifesto of Jury Nullification written by people who for five years have brilliantly helped to shape the public understanding of the drug war. And it's the sort of convincing statement it takes a platform like theirs to publicize.

The other piece was the NYTM's cover story this week. It discussed the outsized (and rather absurd) influence of pop culture on real philanthropy, the way in which celebrity, even of the fleeting or secondary sort nonetheless provides opportunities for real world influence, particularly in the philanthropic universe. The artistic enterprise as radical reform.

The sun is setting, Catalina is swathed in an luminescent pink haze. The last surfers are staggering wet, and happy from the lineup. Even taken together, I'm not sure these articles provide me a convincing answer, but on day marked by reflection and sometimes even bafflement, they sure felt like good omens.
Posted by Indefensible at 9:19 PM 4 comments:

I spun the wheel

I was going to blog a bit about the astonishing stupidity of the ADA who picked the jury in the islander case, but instead I'll simply say: Tonight I spun the wheel on the Price is Right! 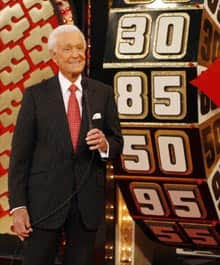 Yes, that wheel.
Posted by Indefensible at 3:45 AM No comments:

"I can learn!" whines Wacko Judge

Remember wacky judge Cheryl Aleman? The one called an "Evil Unfair Witch" by Sean Conway? (Conway--a hero to readers like us-- also described her “ugly, condescending attitude” and exposed how she forced lawyers to choose between unreasonable trial dates or waiving the right to a speedy trial.)

Well Conway may have been brought up on charges before the Bar Association for his pointed remarks, but ah, blessed justice, Aleman has been FOUND GUILTY AT TRIAL

Yes it's true, and the Judicial Qualifications Commission recommended the state's highest court should punish Alemán for what it said was "arrogant, discourteous and impatient" conduct. Thank heavens we have people like Conway to point out and publicize the shortcomings of arrogant judges like Aleman.

So just how evil and witchy is she? At trial the comission found that Alemán, unfairly threatened to hold defense attorneys in contempt of court and set unreasonable time limits for lawyers to prepare important court documents.

In particular, in Alemán's first death penalty case, she turned down requests from the Broward Public Defender's Office to disqualify herself during jury selection and gave the attorneys, one of whom had campaigned for her election opponent, 15 minutes to write a complicated legal argument. When they missed the deadline, she threatened to hold them in contempt. Charming.

And what's her response? She doesn't even want a reprimand and thinks she should get reimbursed for the costs of her defense. Why? 'Cause she's "teachable"

Teachable my ass. She's presided by her own account over 10,000 cases--that's ten thousand cases too many. There have been more than enough victims of her presence on the bench already.

Judge Aleman and her colleague and defender Eileen O'Connor bring shame on Broward County and on the judiciary. They both should have been removed from the bench long ago.
Posted by Indefensible at 12:02 AM No comments:

So according to this interesting article, TNT Plans Dramatic Increase in Original Programming, Setting the Stage for a Major Primetime Shift And guess who is right in the middle of that schedule... The article provides a cool overview of their thinking and overall plans.

Meanwhile, I'm still getting used to the atomized ways of Los Angeles. It's just not like NY where you can call friends and meet for a drink on the corner, or just swing by someplace where something is happening. Here it takes planning and driving and freeways.

That said, I'm having some fun. Heading to dinner at Fraiche in Culver City tomorrow. It's a place Frank Bruni ranked in his top 10 nationwide. So though I don't often agree with him, I'll be interested to see.
Posted by Indefensible at 12:04 AM No comments: