Here's an interesting coda to my ongoing debate with several people about my friend Randy Cohen's column in the Ethicist a few weeks ago...

For those of you who followed this, Randy was besieged with letters insisting that he had made a legal error in advising silence to an IT guy who found what he suspected was child porn on his bosses computer. Now having been consulted concerning the legal implications, my analysis was on the line here as well. But what appeared today in the letters section of the NYTM feels, well, vindicating. There's actually a letter from the Attorney General of the United States. And while he vociferously disagrees with Randy's position, he makes no attempt at all to argue that there is a legal obligation to report. 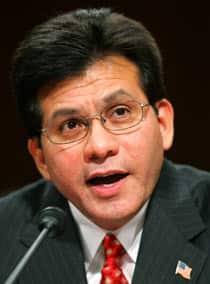 The Boss's Computer
When a technician discovered child pornography on the company president's computer, the Ethicist advised "silence" (Dec. 3). This advice was reckless and naïve.

Each image of child pornography is a crime scene, and its possession is a felony in 42 states and under federal law. Furthermore, reproducing such images again victimizes the innocent child. The Ethicist flippantly advises silence because speaking up would be "too ineffectual in protecting children." But real children have been rescued by the discovery of images. Without the images, we cannot find and rescue victims or punish the predators. The Ethicist demonstrates a disappointing lack of understanding of how law enforcement works.

This is unacceptable, and I urge all Americans to reject this poor advice. A child's life could hang in the balance all because a self-described "ethicist" muses over vague excuses rather than advising immediate action.

I agree with you, regarding a "reporting requirement" and I put my reply to Gonzales' position here.

On the other hand, when it comes to ethics, I was willing to accept his argument, but he really did not provide details, and I found myself discrediting just about (but not everything) he said. Like it or not, people place different values on reporting different kinds of behavior. For example, most people do not consider behavior that indicates drug-dealing to be too much of a threat in someone else's neighborhood. On the other hand, most people think that reckless driving is.

Finally, since law enforcement does not have the best reputation for actually fixing all problems complained of (often punishing the complainer) there are good self-preservation reasons not to call the police whenever someone sees something suspicious.