Executions in Florida normally take no more than about 15 minutes, with the inmate rendered unconscious and motionless within three to five minutes. But yesterday Angel Diaz appeared to be moving 24 minutes after the first injection, grimacing, blinking, licking his lips, blowing and appearing to mouth words. So they dosed him again. 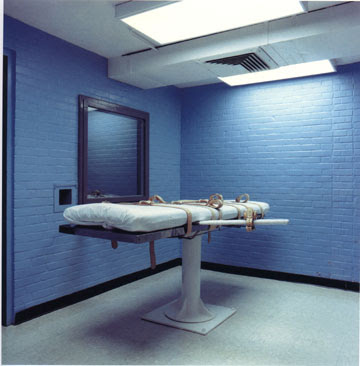 Puhleez... this scumbag deserved feeling some pain after shooting and robbing his victim. Hey, guess what? If this turd had been iced before when he murdered, his most recent victim might still be alive:
"In 1978, Diaz was sentenced in Puerto Rico to 10 to 15 years in prison for the second-degree murder of a prison drug rehab director. Diaz stabbed the man to death while he was incarcerated for armed robbery.

He escaped custody a year later and fled to Florida. In 1981, he fled the Hartford Correctional Center in Connecticut by holding one guard at knifepoint while another was beaten as he and three other inmates escaped."

Good riddance and no one should feel bad that he might have experienced a half hour of discomfort.