'Tis the Season to Be Generous

And what a wonderful thing it is to be recognized by a spot on The Nation's year end donation list. A big shout out to Katha, for including the Bronx Freedom Fund (of which I am a board member) in this year's list. We were even #2! How cool is that? And what does she say? 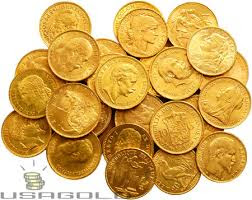 2. Bronx Freedom Fund. This year-old organization posts bail for indigent people awaiting trial on misdemeanor or nonviolent felony charges in New York City's poorest borough. These are men and women who without the fund would languish in jail for perhaps six months for lack of $500, including many who are innocent and would plead guilty just to be free. Of all clients bailed out, 95 percent have returned for every court appearance and half have had their cases dismissed. Bonus: money used to post bail is returned when the cases are over, so a single gift can keep on giving. Address: 860 Courtlandt Ave., Bronx, NY 10451;

To donate, Just go to BronxFreedomFund.org and click the "Donate Now" button.
Posted by Indefensible at 5:54 PM