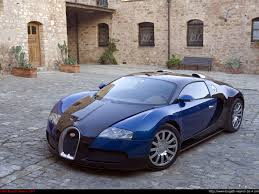 The Lufkin, Texas, man told of driving his luxury, French-built Bugatti Veyron when the bird distracted him, said La Marque police Lt. Greg Gilchrist. The motorist dropped his cell phone, reached to pick it up and veered off the road and into the salt marsh. The car was half-submerged in the brine about 20 feet from the road when police arrived."
Posted by Indefensible at 4:54 PM