A fine piece of work by the NYT whose criminal justice coverage has improved significantly recently.


For Poor, Bail System Can Be an Obstacle to Freedom 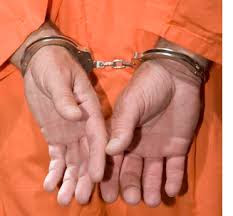 Before George Zouvelos agrees to post someone’s bail, a customer must put up cash, sign a 20-page contract and initial 86 separate paragraphs. Those paragraphs are chock-full of fees: $250 if the defendant misses a weekly check-in; as much as $375 an hour for obscure tasks like bail consulting and research; and unspecified amounts if Mr. Zouvelos, a bail bondsman based in Manhattan, farms out tasks like obtaining court documents or delivering release papers to jail.

Then there are the thousands of dollars that Mr. Zouvelos can charge if he decides to revoke a bond and return a defendant to jail, as he did 89 times during a four-month period last year.

The common perception of how the bail-bond system operates is fairly straightforward: A bondsman bails a defendant out of jail. If that defendant misses a court appearance, the bondsman can “surrender” him — chase him down and haul him back to jail.

The reality is more troubling... Those who are supposed to give poor defendants a shot at freedom while their cases are pending are instead the ones locking them up and disenfranchising them further.
Posted by Indefensible at 12:23 AM