Please send her back to the education beat...

I cringe every time I spy the byline of New York Times reporter Anemona Hartocollis. As most readers know, I often have critical things to say about criminal justice coverage, but here, for one of the few times I can think of (Other than Andrea Peyser whom I always loathe), I feel little but blanket condemnation for the work of a supposedly serious journalist. 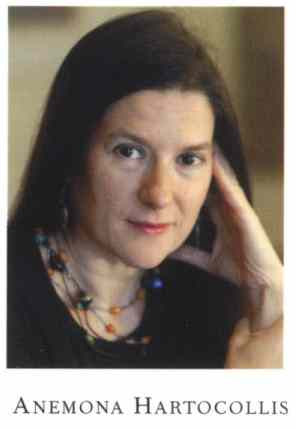 I think it was this piece that initially vaulted Hartocollis from merely inept to genuinely hateful. But now, almost every time I read her, I wind up infuriated--struck by her mindless story selection, artless prose and insufferably simplistic analysis. This recent piece is another fine example.

The thesis of this peice--now hold onto your hats here people--Criminal defendants, interrogated by the police, often make statements! No Shit! People talk? Defendants make statements? Quick stop the presses. This idiotic truism (what's next? Old Hippies Known to Eat Granola? Most New Yorker's Partial to Shoes?) actually gets play and is used as a thematic thread with which to sow together a bunch of statements from high profile defendants we've already read about in the Times. Nothing interesting, nothing newsy, frankly, nothing at all, pabulum journalism of the worst sort.

I think what bothers me most is that Hartocollis seems not to understand her subject matter. Combine this with her ever-arch tone, and what you have is something that crosses the line from really annoying to downright dangerous. In an era in which a brilliant journalist like Jack Hitt can be raked over the coals for supposed oversights that could very well be simple differences of opinion, it is obscene that someone like Hartocollis can get away with--notwithstanding prominent play for--a piece that clearly misunderstands the centerpiece of her story (the voluntary disclosure forms used by the DA's).

Note to the NYT:

1. Contrary to what Hartocollis says, VDF's are not "the bane of defense lawyer's existence." The VDF is merely a form used to comply with the requirements of CPL 710.30 (1)(a) which requires disclosure of the sum and substance of a defendant's statements. We may not like the statements (and usually don't) but the VDF is actually welcome--a bit of insight into their case early on.

2. The statement "and they often try to suppress them (VDF's) so they cannot be used in court." is absurd. No one has ever tried to suppress a VDF. The statement's contained in one, yes--always, but the VDF? Absurd.

What's really going on here? Hartocollis doesn't get what she's writing about. The only reason to use the term "VDF" (which, by the way often also discloses identification procedures, and occasionally other information as well) rather than "statement" is that Hartocollis thinks that "VDF" sounds sexy or sophisticated, and that if she just wrote "Statement" her entire story might appear as transparent as it actually is. In her terminological temerity, Hartocollis reminds me of a guy I knew who, when he'd bring his car to the mechanic would try to throw around some automotive terms 'cause he thought it made him sound knowledgeable. In fact it revealed him to be a blowhard.

So here's my plea: Please send Hartocollis back to cover education. Or better yet something even lighter--cars or fashion or travel perhaps. Because like so many others, I rely on the times for genuine analysis and substantive reporting not the pathetic rehashing of non-stories using dated terminology re-imagined as sexy.
Posted by Indefensible at 6:46 PM

I read this over the weekend and was baffled as to how the article got into the NYTimes. I couldn't understand what was new or interesting about it whatsoever. I was also very confused about why a defense lawyer would not like disclosure forms that give them information about their clients' cases. Of course, I hate it when my client makes an incriminating statement, but I don't hate it when that, and other information, is disclosed to me by the state. Why would I?

Your comment about New Yorkers mostly preferring shoes was rather prescient. Here is the latest Hartocollis opus:
http://www.nytimes.com/2008/05/26/nyregion/26barefoot.html

Hello:
Great point. this woman does not follow the new york times Board of standards. right now she is being investigated by editor Greg Brock at the new york times. he is in charge of Board of Standards. Please call him at 212 556-1234, and make your complaint.