Victory in the Big Supremes

Ronald rompilla will get a new trial the US Supreme Court has ruled. 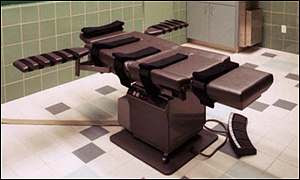 In a sharply divided opinion, the court ruled 5-4 that Rompilla's lawyers were ineffective for failing to find some background materials contained in an earlier case file.

This is a nice decision--recognizing the hard work of defense lawyers but holding them to an appropriately high standard. It is another step toward the court's inevitable reversal of some of their more outrageous 'ineffective' jurisprudence.

Posted by Indefensible at 4:05 PM